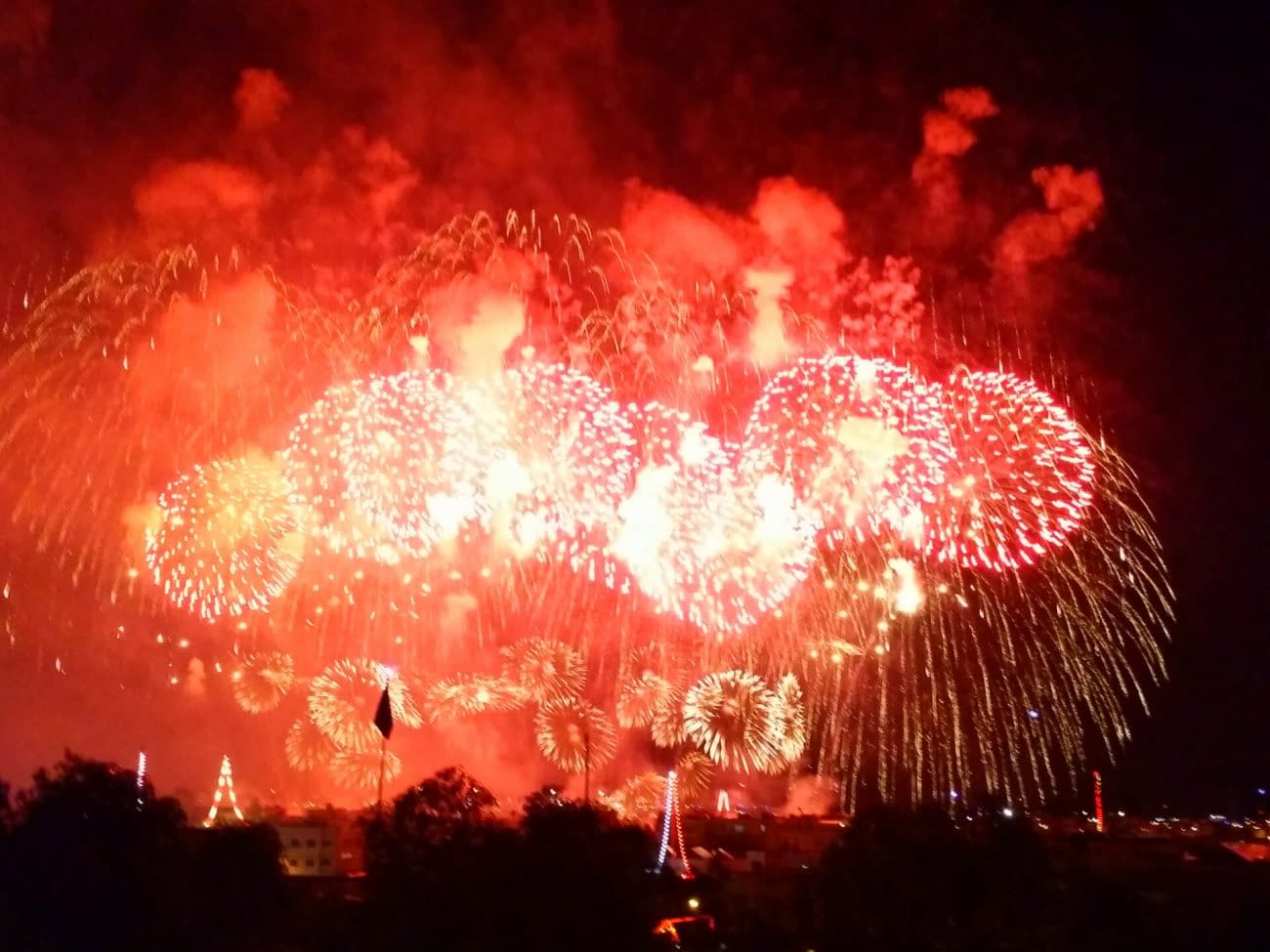 August, the pinnacle of summer in Malta is celebrated with a blast, literally! Highly awaited by merchants, tourists, teachers, locals and expats alike, August always hits the Maltese shores with a bang.

While the days may be spent in little more than a relaxed nap on the beach flipping through your favourite magazine under the cool shade cast by the many umbrellas peppering the coastline or a sobering deep dive off the coast of Ghar Lapsi, the nights come to light with the same energy and heat as the day… but will it live up to its reputation of being a cocktail of culture, entertainment and colour? 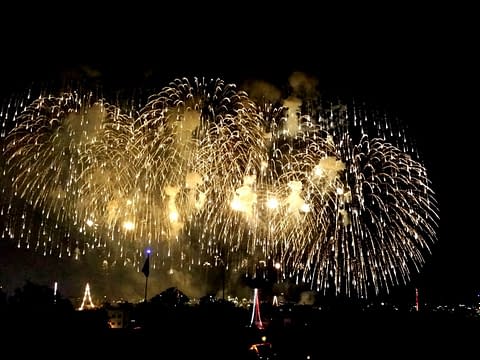 Mqabba and Zurrieq both have a fantastic display of fireworks, get here early to enjoy the best viewpoints

Flying over the Maltese islands this time of the year may be an experience of a lifetime. Numerous armies of talented young men are somewhere in the fields down there working away at skillfully unpacking, moving and feeding the hungry launchers which continuously fire multiple shells into the sky bursting in a beautiful spectacle of light, fire, shapes and sound. It echoes for miles across the open fields of the southern part of the island while clapping along narrow alley ways of old towns almost recalling the cannon fire that clattered through the heavy air during WWII.

The skies burst into flames as Mqabba fireworks roll in, over 4 hours of firework display

While the shells zip across the sky in an uninterrupted string as if launched from a missile station, the spectacle above is impressive, carefully planned patterns and shapes erupt in the skies stretching the size of a football field over Mosta, Mellieha, Mqabba, Hamrun, Zebbug, Qrendi and other firework aficionados villages. The delicate and fine art of fireworks produces some of the most stunning colours with the timely synchronisation of a perfected symphony without a miss!

Below lies a crowd the size of which makes up almost the entire size of the village and neighbouring towns all proudly monitoring the controlled explosions above their heads while some of the tourists present for the spectacle jump at the sudden cracking of fireworks that was just lit up on the roof of one of village band clubs.

The men perched on the rubble wall enjoy their local chilled beer by the name of Cisk munching away through boxes of fries, burgers and a mix of fast local food that they gobble up in automation as their eyes reach for the skies above. They seem indifferent and their hearing accustomed to the ongoing thunder few hundred meters above their heads!

The ladies colourfully dressed, loud in their talk and expressive in their baroque gestures discuss their day at the beach, their new renovation, their husbands business commitments or their upcoming holiday this August! The occasional gasp follows as the last firework blew up slightly prematurely and shook the entire village, ‘madonna!‘ they utter, a local word used in almost every circumstance in the day from holy moments to less glorious ones.

The couple behind us happens to be from Denver, Colorado. They stand in awe as they watch the spectacle unfold yet not as impressed by the numerous kiosks that sell all sorts of fast food displaying numerous American names on their neon lit trade names proudly showing which village they owe their inception to.

In another village, the police ask people to move back as a young lad produces an oversized matchstick similar to the fireworks used on children’s birthday cakes and sets off a mechanical arm that lights into a frenzy of fireworks as it spins madly and sets its siblings on fire! In seconds the entire village piazza is engulfed in a thick cloud of smoke, screeching fireworks and brightly fired stars moving into one another. From across the piazza, a young lad lights a small pettard powered plane and it zips above the crowds head as if it was one of those dreaded Stukas from WWII!

Has this given you a feel of what to expect in Malta in August? Then we hope to meet you hear next summer! Do keep in mind that although the majority of feasts are held in summer, there are numerous activities all year long which means you can enjoy a great holiday all year round. Checkout our available properties for your stay.

Toggle the Widgetbar
Book with confidence. Get a voucher for the amount paid in case you cannot travel.
+